How to Make a Convincing Nerd Costume in 5 Simple Steps

A well-made nerd costume is a fun alternative to scary costumes and is sure to stand out from the crowd.

Do you have an inner nerd that you have been repressing? Now is the time to let it shine.

What Is a Nerd?

Generally speaking, a nerd is extremely intelligent but lacks social skills and physical fitness. They tend to know a lot about everything and spend most of their time alone or with other nerds.

Nerds are similar to geeks, except that geeks have a more narrow focus and don’t necessarily have the same level of intelligence.

Nowadays, people may identify as a nerd just because they think of themselves as being intelligent and for no other reason. For a nerd costume though, the entire definition is key.

What Do Nerds Wear?

It should go without saying that there is no universal nerd outfit that all nerds wear on a daily basis.

However, for the purpose of creating a nerd costume that is immediately recognizable, there are certain stereotypes that we can play into.

For example, glasses are a universal symbol of nerdiness that television shows and movies exploit over and over again. Apparently something about not being able to see properly forces a person’s brain to exercise.

Of course, nerdiness and glasses are not necessarily mutually inclusive. The one nerd stereotype portrayed most often is that nerds do not have a strong fashion sense.

Beyond their lack of understanding of what looks attractive, nerds are often obsessively neat and organized. This can visually separate nerds from geeks.

Wrinkly clothes are a sign of lazy and laid-back personalities. Nerds are neither of those things (stereotypically speaking), so your nerd costume should be pristine.

Your nerd costume may include horribly out of date clothing and color schemes that shouldn’t exist, but it should not appear sloppy.

Using your favorite nerds as inspiration, you can quickly come up with ideas for your nerd costume.

Even now, The Big Bang Theory is still one of the most heavily watched shows on TV and streaming services. The show contains a wide array of nerdy characters. 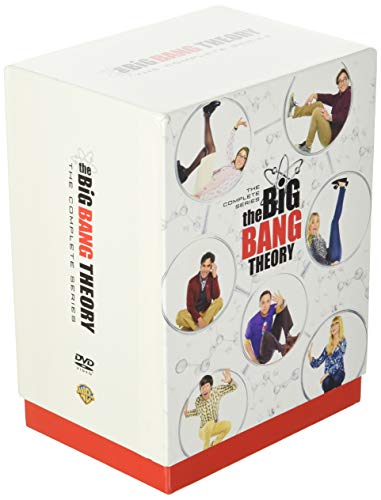 Sheldon, a literal genius with an eidetic memory, is also nearly incapable of reading social cues. He’s a nerd if ever there was one.

Sheldon’s childlike personality shines through in the clothes he wears, which include a brightly colored t-shirt over a long-sleeved shirt. He often wears comic book t-shirts, but we suggest choosing a t-shirt with some kind of science or physics reference.

Howard Wolowitz wears tight, brightly colored pants with a matching tucked-in flannel. His belt is clearly visible, and he likes to collect special belt buckles. He also has a bowl haircut.

Amy Farrah Fowler is a nerdy biologist with intelligence that rivals Sheldon. In contrast to Penny’s character, Amy likes to keep herself covered and usually wears a sweater vest over a patterned blouse.

She also wears a long skirt with leggings and glasses. Penny likes to joke that she dresses like her grandmother.

The Good Place is a show with a different take on what being a nerd looks like.

In the show, Chidi Anagonye is a former professor of moral philosophy who has difficulty making decisions about anything. This is reflected in his clothes, which are extremely mundane.

Chidi wears a sweater vest over a long-sleeve shirt, tucked into his beige or similarly colored dress pants. He also has very thick-rimmed glasses.

Steve Urkel from Family Matters has perhaps the most stereotypical appearance of any character we’ve mentioned.

His disproportionately large tortoise glasses are even more noticeable for the cord that wraps around the back of his head. He wears brightly colored long-sleeve shirts and jeans held up way too high by suspenders.

Sometimes he even wears a bowtie. 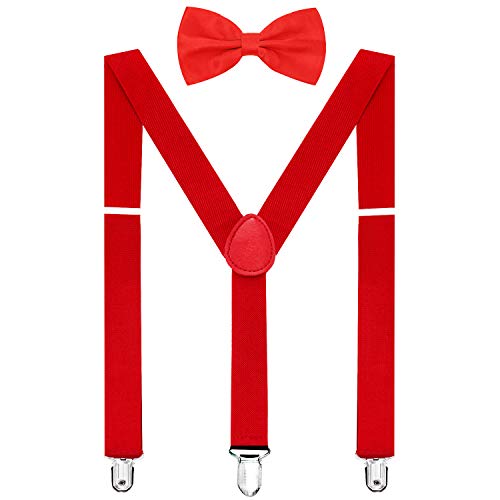 Now that you’ve gathered some inspiration, you can start to design your nerd costume.

Creating a high-quality nerd costume works best if you consider each detail separately.

Nerds do not typically use a lot of product in their hair, but their hair isn’t messy either.

For women, your nerd costume could have your hair down, or in a bun or ponytail. We suggest wearing your hair up if you have particularly shiny hair.

Another option is to simply go with a wig.

Nerds do not wear a lot of makeup. This is one of the main differences between the so-called nerdy girl and the hot girl in movies.

Nerds are clean but they just don’t care or don’t have enough time to pour into their appearance. So keep your makeup to a minimum.

You will notice that almost every nerd in every show and movie ever is clean-shaven. This isn’t because they shave their face every day. It’s because their testosterone levels are so low they don’t grow facial hair.

Poke-y things terrify nerds, so they also stay away from piercings. A necklace maybe, but nothing too pretty or cool.

Next, you’ll have to decide whether or not your nerd costume will have No products found.. Personally, we think they are a must if you want people to guess what you are.

You can also wrap some tape around the bridge end pieces to make it look like they break a lot.

Finally, if you feel like your nerd costume needs an extra boost of nerdiness, consider fake braces.

The stereotypical nerd costume has become a white shirt with suspenders and a red bow-tie. This works equally well for both men and women.

However, nerds come in many forms, so feel free to break out of this box.

Whatever you choose, we do suggest that you stick to long-sleeve shirts, as nerds seem to have an aversion to showing skin. Stay away from colors that normal people tend to wear, like black and dark blues. Instead, wear white or bright colors.

Be sure to tuck in your shirt if you wear nothing over it, as nerds are supposed to be meticulously organized. If you have an exposed pocket then think about adding a visible pocket protector and pens.

Another idea is to wear a messenger bag, which could actually come in handy.

Where you choose to place your belt can say a lot about your level of nerdiness. Place it at the top of your hips or higher, but definitely not lower. Choose a belt that is going to stand out from your pants.

We don’t suggest black pants or blue jeans, as they are too ordinary. Instead, try tan dress pants, red jeans, or something in that ballpark.

Avoid relaxed fit pants since relaxed isn’t in the nerd’s nature. Tight jeans or straight fit pants are the way to go.

Pick a pair of shoes that go well with the rest of your outfit. If your outfit is colorful, you might want to choose colorful shoes as well. Otherwise, a nice pair of black dress shoes might do the trick.

If you really want to sell your outfit to your friends, family, and random strangers, it helps to go beyond appearances and really embrace the character.

This is where you get to imagine who your nerd is, and how he or she interacts with the rest of the world.

It may take some practice, but switching seamlessly in an out of character will add an extra dimension to your nerd costume.

Chidi WOULD do homework for fun. #TheGoodPlace

Nerds often have very different body language than someone who is more neurotypical. This is because their social awkwardness or lack of social awareness manifests itself in the way they move.

For instance, a nerd who spends a lot of time in front of the computer is likely to have shoulders that roll forward instead of staying back. They may also slouch.

A socially awkward nerd will likely avoid eye contact, turn their body away from the person they are talking to, and assume defensive body language.

Nerds may also have ticks, such as twiddling their fingers, biting their nails, or scratching the back of their heads.

On the other hand, prim and proper nerds may have excessively good posture and use elaborate hand gestures.

Voice is an equally important part of your nerd costume. If your nerd is nervous, your voice should reflect that.

Leonard Hofstadter from Big Bang Theory often trails off at the end of his sentences when talking to Penny in the earlier seasons.

Stuart Bloom, the comic book owner from that show does the same thing, except much more often. He has a shaky voice that reveals his anxiety and lack of self-confidence.

In contrast, Sheldon Cooper has an enormous amount of self-confidence because he lacks self-awareness. His pompous attitude is enhanced by his higher-pitched tone of voice.

Nerds are always saying things that other people either don’t understand or don’t care about. You can use this stereotype to your advantage to make people laugh.

For example, Sheldon is constantly boring his friends with the etymology of words or random history facts. If someone offers you candy corn you could say, “did you know that candy corn was invented in the 1880s by a Wunderlee Candy Company employee named George Renninger?”

Researching a few Halloween related facts and reciting them to your friends in character is a great way to enhance your nerd costume.

Sheldon is also reasserting the fact that he is smarter than everyone else. He frequently refers to the people around him as average.

Recommended Read: 14 Things to Consider When Buying a Projector

Having a few cheesy nerd jokes up your sleeve is another way to establish your presence as a nerd. Here are a few to get you started:

“I’m reading a book about anti-gravity… I can’t put it down!”

“I have a new theory on inertia… But it doesn’t seem to be going anywhere!”

“Did you know there’s a band called 1023MB? They’re pretty good, but they haven’t had a gig yet!”

“Why is beer never served at a math party? Because you can’t drink and derive!”

Of course, you may want to save these jokes for people you know will get them.

You are now ready to embrace your inner nerd with a nerd costume. Choose your nerd gear wisely and go out into the world.

What kind of nerd will you be? Let us know in the comments below!