*This post may contain affiliate links. As an Amazon Associate we earn from qualifying purchases.

You’ve heard of it, but until now you’ve never really considered it. After all, what is pickleball? Surely people aren’t throttling pickles across a tennis court. Or are they?

So, what is pickleball? The really simple explanation is that pickleball is like ping pong and badminton had a baby. Players use ping pong-like paddles to hit a plastic whiffle ball around a badminton court. And because it can be played both indoors and outdoors, it’s super-easy to get into.

Also, it’s the fastest-growing sport in the world right now, because anyone can play it. The courts are small and easy to set up.

If there isn’t already one in your community you can make your own. Just set up a net, like this ZENY portable pickleball net that comes with a frame stand and a carrying case. You’re ready to play!

You don’t need a lot of skill to play. Seniors can play, as can young children. There are pickleball leagues for all ages and skill levels. No wonder people love it!

So what is pickleball? It’s a fun game everyone can play! 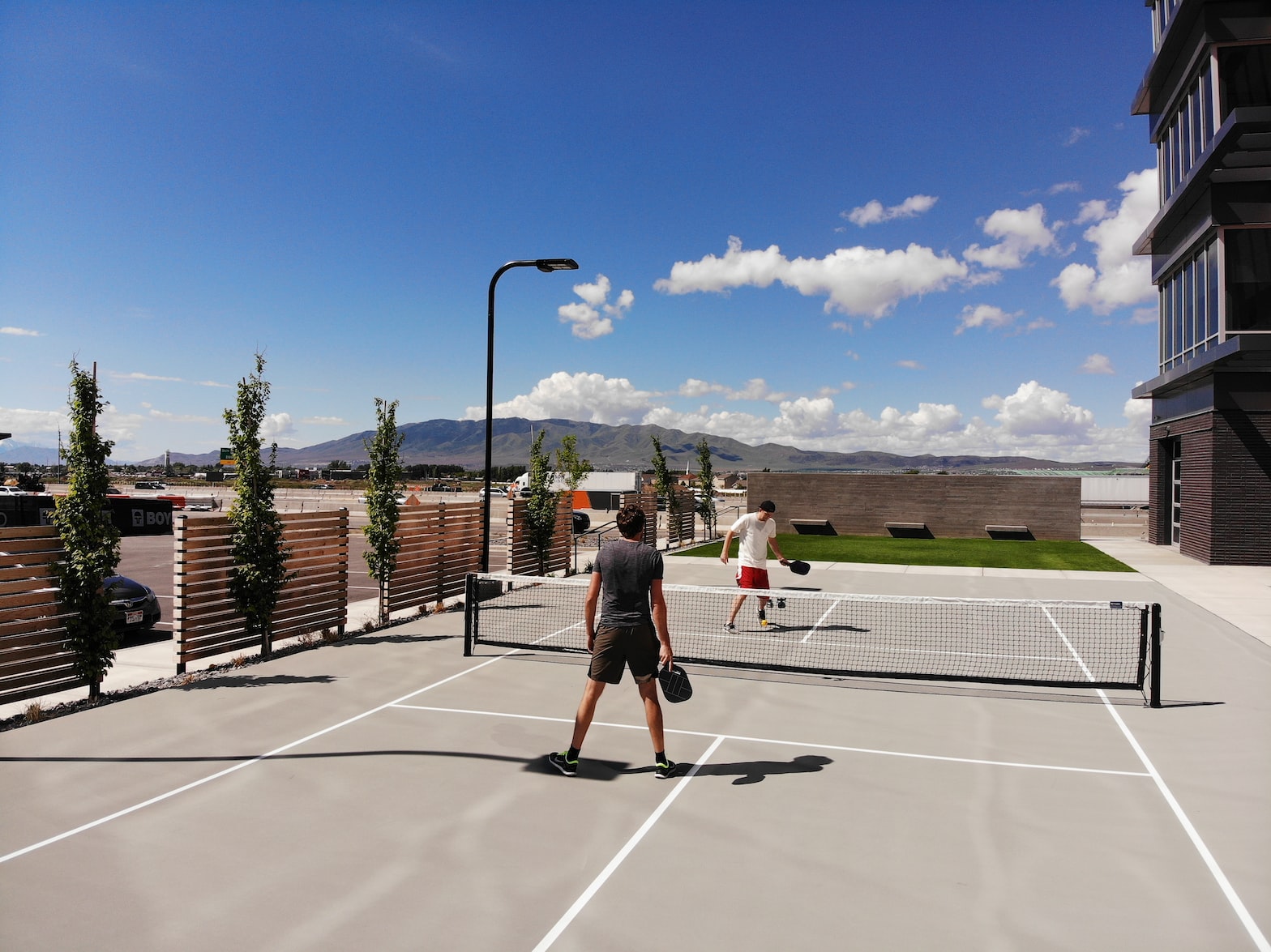 Would you believe that pickleball has been with us since 1965? That’s when three bored fathers from Seattle created the game for their kids to play.

But why name it “pickleball?”

There are several stories behind the name. One is that Joan Pritchard, one of the inventor’s wives, named it because it reminded her of a pickle boat where all the oarsmen were mixed up from other boats.

But a more likely explanation lies with the dog of another of the dads. This dog’s name happened to be Pickles and he loved to chase the whiffle balls around as the group played.

The game is also exploding in popularity all over the world. It’s extremely popular in Canada and Australia but is also growing in the European Union and the United Kingdom.

Most schools in the US and Canada include pickleball in their phys-ed curriculum. And senior centers can’t keep up with the demand for pickleball gear.

Five decades after a group of dads created an obscure game, we have pickleball. If anyone asks you, “What is pickleball?” you’ll be able to tell them the rules and history. 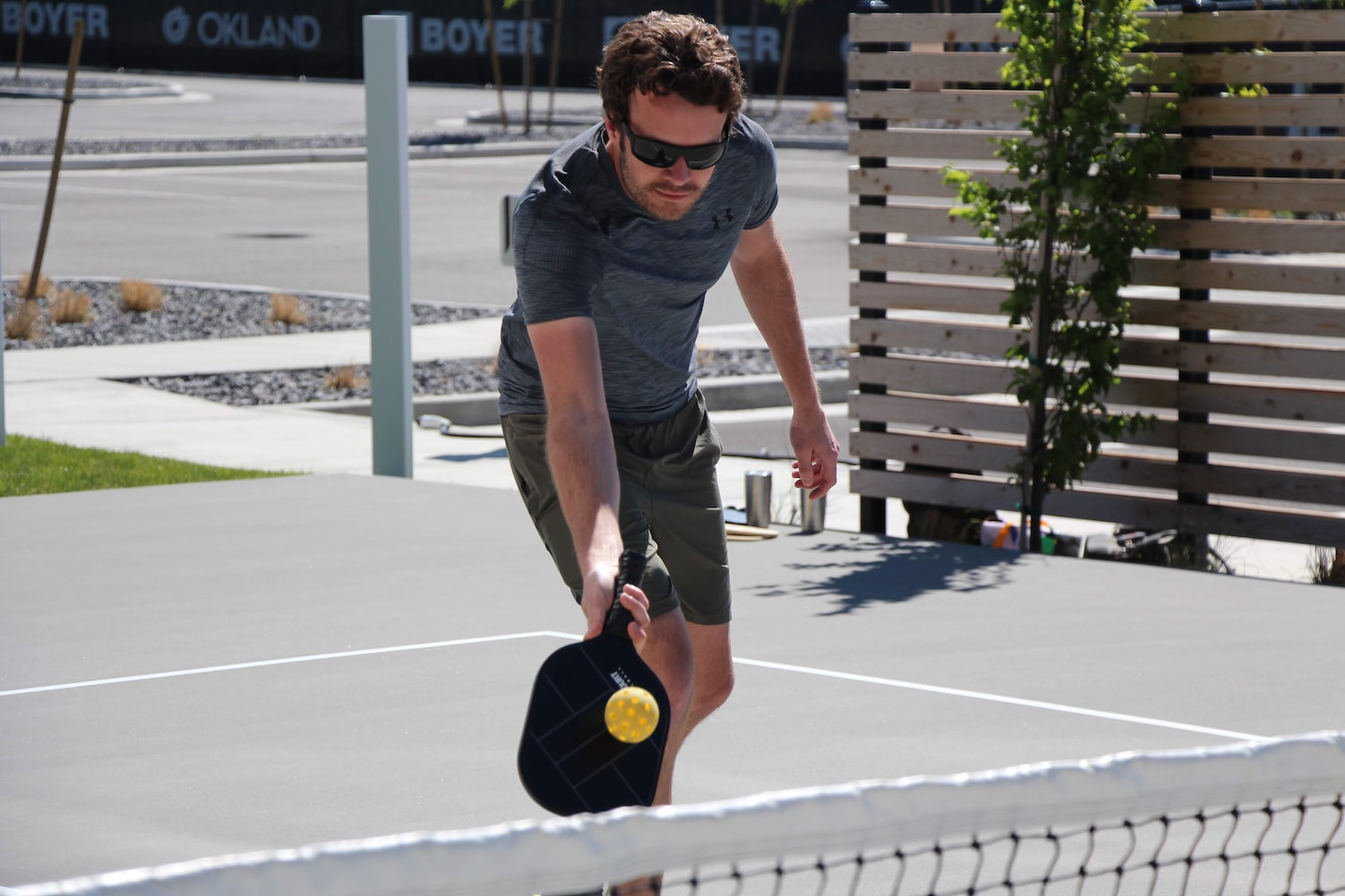 Be honest. You still want to know, “What is pickleball?”

Because until you know how to play it, you don’t know what it is. But there’s good news!

Pickleball is one of the easiest games to learn. If you’ve ever figured out how to play “Go Fish,” you can learn how to play pickleball. And let’s be honest. Even a four-year-old can play Go Fish.

But you don’t need a deck of cards for pickleball. Instead, you’ll need some pickleball gear.

When someone asks “What is pickleball?” they’re probably not expecting ping pong paddles and a 22-foot net. But if you want to play, that’s what you’ll need.

The balls are light, and the holes help them fly through the air without bouncing all over the place uncontrollably. Also, it makes them softer. Your kid can get hit in the face with one and probably won’t cry.

Now the paddles themselves aren’t your standard ping pong paddles. Although they’re shaped like ping pong paddles, they’re actually the size of tennis rackets. Also, they’re constructed out of composite materials such as aluminum. Many of them use bamboo as well because it gives the whiffle ball an extra kick.

You can try it yourself with a set of graphite pickleball paddles and balls from Amazin’ Aces.

Then, you’ll require a pickleball court. It is the size of a badminton court, which is small. To illustrate, that’s 20 feet across and 44 feet long. Each person’s play area is 15 feet, and there’s a 14-foot “no volley zone” between the two. A 22-foot long net separates the opponents.

Once you’ve got your gear sorted out, it’s time to play.

Also, the ball needs to sail into the air without any bouncing, so it shouldn’t hit the ground. It’s going to arch up like a pop fly in baseball and come down diagonally from the server, beyond the No Volley zone.

If the ball doesn’t make it, then the other team gets to serve. But if it does go as planned, then it’s game on.

What is pickleball? It’s a game of volleys. That is, the players volley the ball back and forth across the No Volley zone.

There’s a funny little rule called the “Two Bounce Rule.” This means that every team’s first shot must be off the bounce. So after the ball gets served, it needs to land outside the No Volley zone and bounce once before it can get volleyed back to the other team.

Once you’ve accomplished the two bounces, there’s no need to bounce the ball again. Fire it back and forth!

When it gets a fault, that’s when play stops, and the other team serves.

You’re probably wondering how to score in pickleball. And how to lose. When answering the question “What is pickleball?” it’s important to discuss faults.

A fault is what happens when the ball does something it’s not supposed to. Or, put more simply, it’s what makes the other team lose.

First, when the ball lands in any part of the No Volley zone, that’s a fault. And yes, that includes touching the line. If the ball touches this zone, the team that didn’t put it there gets to serve.

Secondly, if the ball goes out of bounds, that’s a fault. Whichever team hit it out of bounds loses the ball, and their opponents serve.

Likewise, if the ball doesn’t clear the net. So if you volley it or serve it and it hits the net, your opponents get to serve.

Finally, if the ball gets volleyed from the No Volley zone, or if it’s volleyed before it bounces once on each side, the other team gets it.

What is pickleball without scoring? It’s not pickleball. That’s because pickleball is all about scoring. In fact, you have to reach 11 points to win the match.

Specifically, you can only score on the serve. That means you need to serve it diagonally across the court and land it in your opponent’s side without touching the No Volley zone and hope they screw up. Only then do you get the point.

And there’s one more thing.

Your team can only win if you have a two-point lead or greater. So you can’t win 11 to 10. It has to be 11 to 9 or less. If your lead is less than two points, you need to keep going until you reach that magic two-point mark, then you’ve automatically won. 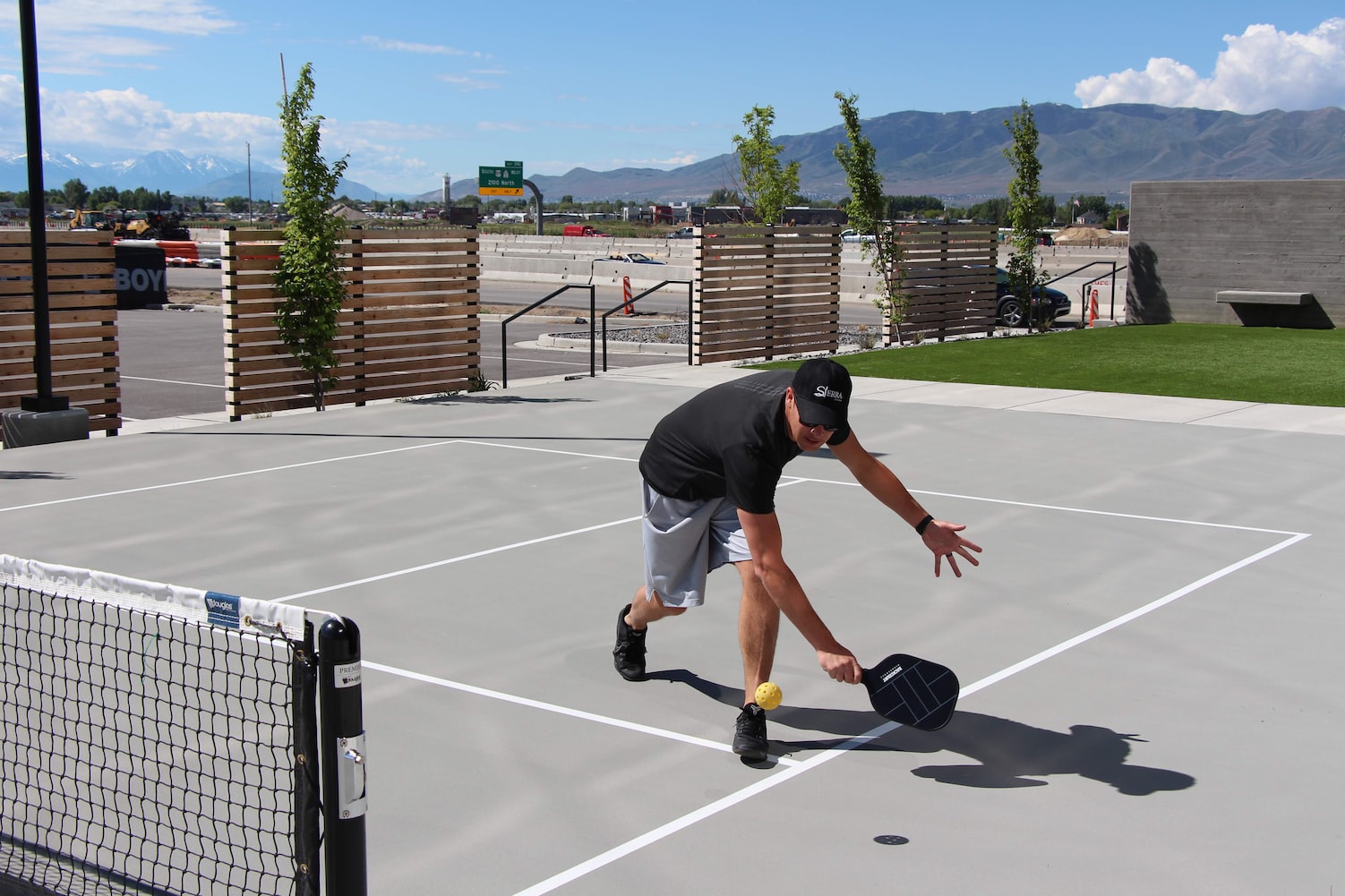 So what is pickleball? Ultimately, it’s the most fun you can have with every member of your family. That’s thanks to it being low-impact and high-entertainment. Old and young alike can play!

No wonder pickleball is the fastest growing sport in America. Also, in many other parts of the world. If you’ve never played before, it’s time to grab some paddles and a net and get out there.

What’s your favorite part about pickleball? Let us know in the comments!

Digital media is another term used for electronic media, where a large amount of data is stored in digital form. It can either be the end product, for example, digital video, digital audio, digital...

You know the score. One day you’re doing fine and the next you wake up with a tightness in your back that only gets worse as the day goes on. Soon you can barely sit or stand without excruciating...

ExtensivelyReviewed is a free online resource where you can check out our carefully rated and organized product buying guides and comparisons. Because we judge products against a criterion that we feel reflects the needs of the consumers, these products are appropriately and thoughtfully ranked.

Our aim is to present you with products that we genuinely approve of and highly value. Only award-winning electronics & gadgets, gaming, automotive, health, and home products have been selected. We make finding the best products quick and efficient, saving you time and effort.

We only write about what is best, and what is best may not be what is new. Unlike tabloids and online newspapers, we don’t have to change what we display as often. The top gadgets and consumer products are far and few, and don’t appear new to the market very often. If they do, that’s where we come in – and until then, we will advertise what we think you’ll love as much as we do.

Our positive reputation and the quality of our site reflects the quality of products we show to you. We only update our guides when we need to and when there is something worth talking about – and at the focus of it all is you. You need clear, concise advice on what you should buy and we have made it our mission to give it to you.

Because these products are tested in such depth and reviewed with such care, you have our guarantee that they are the best available. We recommended to you what we would choose for ourselves or would recommend to friends and family members.

To learn more read our About Us page.