You’re in the middle of an online gaming tourney with participants from countries you’ve never been to, and suddenly the game freezes on you with the error message “Connection Lost.” As a gamer, if you have never been this unfortunate before, you are one lucky bud.

Preventing these scenarios and similar unfortunate incidents that could occur because of poor connectivity, lackluster performance, or limited capability of a router; are reasons why you would want to buy the best router for gaming.

In this section, we discuss the vital factors that are make-or-break factors when looking for an ideal router for gaming purposes.

Any router worth buying, these days, come with Ethernet ports. It is a basic benchmark feature. What isn’t a benchmark yet is the Ethernet standard of the port. While innovative premium routers are going the Gigabit route, several routers use the older 10/100 Ethernet standard.

A router for gaming should have Gigabit Ethernet ports. The reason is simple: SPEED. Gigabit ports are capable of theoretical speeds of upwards of 1000 Mbps. Sure a router may have wireless capabilities with high speeds, however, there are a couple of reasons why you would need a wired connection.

Most serious gamers thrive on either the console (PS4 and Xbox One are popular) or desktop platforms. Both devices have provisions for wired connectivity. By using wired connectivity, you will be able to take advantage of the high speed available without having to worry about coverage, added latency, or interference of a wireless signal. You already have overclocking, cooling, game settings adjustments to worry about; let’s not add another factor that needs optimizing.

At the very least, dual band routers are the routers of choice for gamers. Tri-band routers are just entering the mainstream, and have high price tags. Moreover, they are more suited for high-bandwidth setups in big businesses, IT firms, and corporations; than for your gaming rig or console.

A word of note, the 5 GHz band of your dual band router should be reserved for devices used for wireless gaming, while gadgets that use less bandwidth—like checking the email, following social network updates, or surfing the net—can connect through the 2.4 GHz band.

On rare occasions, when you are the lone user of your internet connection, you could go for a top-performing single band router. Our recommendation is the Engenius ESR9855G reviewed in the review section of this guide. This choice will restrict expansion and versatility of your gaming, so take note. Generally, we highly recommend dual or tri-band routers if you ever plan to connect multiple devices, simultaneously. Additionally, if you plan to install your router on the opposite end of your house, you may need to consider a Wi-Fi range extender.

There are modem router combinations, but those usually aren’t efficient enough when it comes to high-speed online gaming. When purchasing a router for gaming, you also want to be sure that you will be able to allocate more bandwidth to gaming. In networking-speak, it is prioritizing certain devices for increased use of the bandwidth. This capability is usually bundled in a traffic shaping software or Quality of Service (QoS) engine. Routers with this capability will enable you to specify that your gaming traffic is preferentially allocated more bandwidth over other traffic types on the network. Often, routers tailored for gaming are equipped with proprietary QoS engines, like the FasTrack engine developed by Western Digital.

In this section, we unveil the top-performing routers tailored for gaming, essentially the best routers money can buy, specifically for gamers. 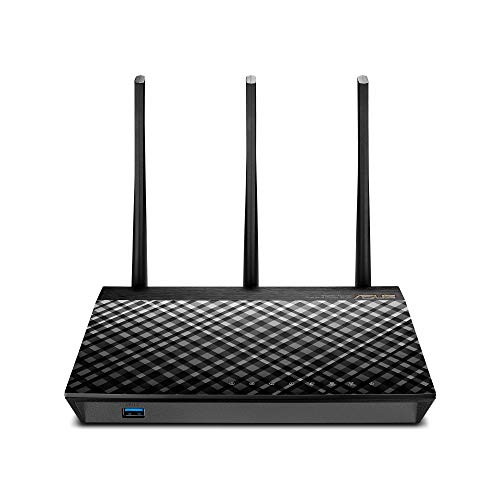 The first stop when viewing a Asus Dual-Band Wifi Mesh Router is its design, which is a welcome departure from the previous flagship design of the AirStation series. The new design on the D1800H has a modern look with a stylish overtone.

On the inside too, the Asus also features marked improvement from older models in the AirStation series, with the poster child of these improvements being the launch of the 802.11ac standard in addition to b, n, and g standards. Adoption of this latest standard, the AirStation D1800H, was the first router to adopt the standard, led to exciting performance results. Notably, on testing, the device set a new router throughput record, which is good news for gamers.

Gamers like colorful gadgets; a tone of red lights here and there, with a few lights of other colors mixed in; always make for a remarkable sight. On the Asus, the Buffalo logo glows red on power-up. On full initialization, it changes to a soft white glow, with the LED lights throwing blue glows.

Setting up the router is easy. There are two options available, the use of a setup guide with instructions printed on it, or the use of an AirStation CD. Of the two options, the CD installation option is simpler. 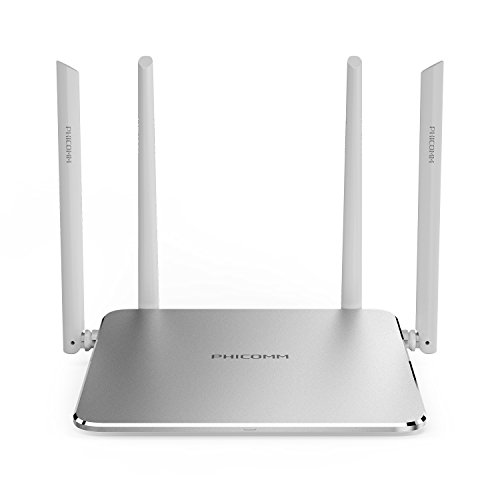 Starting out, the PHICOMM is a single-band router. It may not have as much capabilities as a dual band router with 802.11ac support, but it makes up for this shortfall with an impressive line of advanced features that can be configured and managed using a resourceful user-friendly interface.

The router is capable of deliver high throughput especially at close ranges—an exciting capability considering that it costs less than $100.

Sporting a unique design, the PHICOMM had us drooling with a black glossy top matched with a bright orange chassis. On adjacent sides of the router are attached two external 3dBi dipole antennas.

The PHICOMM has the power switch, one WAN port, and four Gigabit LAN ports appended on its rear; while the WPS button sits atop the device. For quick monitoring of the device’s power status, WAN and WPA status, and ongoing client connections, LEDs are prominently positioned on the front panel of the router. A nifty feature that wouldn’t always get the spotlight is the efficient cooling system housed in the EnGenius ESR9985G. During real-time tests, we kept the router running for 48 hours straight, yet the device’s housing was still cool when felt by hand.

Setting up this router is easy and can be done within minutes. You would have to use wires as opposed to a wireless setup on other top-grade routers. However, the use of wires does not slow or complicate the setup process in any way. To aid the process, a CD is added to the package. In the CD are the EnGenius Smart Wizard and a user manual.

The setup instructions of the PHICOMM couldn’t have been any more detailed: each step in the quick process was described in-depth, be it on how power the device up or on how to connect the cables. There is a default setting to use if you do not want to trifle with settings configuration, although we would rather you took a few extra seconds to do so, particularly to secure your connections.

The PHICOMM also offers users the ability to prioritize traffic using a QoS-enabled featured known as SteamEngine. SteamEngine performs great in real-world use, keeping up with the hype about the effectiveness of the proprietary solution. 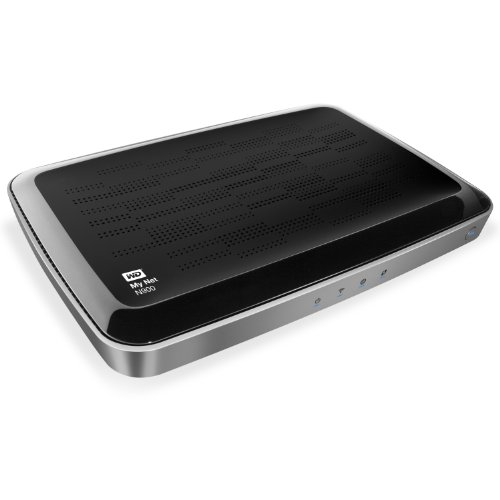 New entrants usually barge into a market with frills and much buzz that pretty much get eclipsed after announcement day. Not the My Net N900, however, which it turns out, is a truly inspiring router from a company that has enjoyed rave patronage in the hardware storage space before joining the list of premium router manufacturers.

Right off the bat, the N900 made a statement for itself, scoring the highest throughput ever on the 2.4 GHz band. The throughput on the 5 GHz didn’t break existing records, nonetheless, the speed attained was convincing to say the least.

Moving on, the feature list of the My Net N900 is not the longest out there, but it packs enough punch to offer the average user all that is needed to setup a robust network with extended functionality. The icing on the cake is that controls and management are possible using a user-friendly interface.

If Western Digital has learned a thing or two from designing consumer products over the years, it is that ‘looks matter.’ The My Net N900 is a testament to this fact as it sports an elegant exterior tapered with silver fencing that run across the length of the housing.

On the front panel of the router, four LEDs are present. They give information on WAN and WPS activity, wireless status, and power status. The front panel also houses a WPS button for convenient toggling of WPS connectivity.

On the rear panel of the My Net N900 are a power button to toggle the router on and off, a Gigabit WAN port, and two USB 2.0 ports. If we weren’t surprised already with the quality features already mentioned, we had every reason to be when we established that the Western Digital My Net N900 was equipped with, wait for it, seven Gigabit Ethernet LAN ports. By all measures, that makes for a bold statement on the case of extended functionality and increased flexibility in premium routers.

Setup is easy on the My Net N900. A setup and resource CD is included in the router package. Instructions for connecting to Windows and wireless clients are clearly inscribed on the sleeve of the CD. In addition to well-detailed instructions, a user-friendly setup wizard, and very helpful information, the My Net N900 has three utilities baked in for better management: